I logged in to check on something, and noticed that I reached 1000 posts two posts ago. Also that I hadn’t posted anything since January. Next week is spring break for me, so I might do some author related stuffs – I dunno.

I’ll be at the 5th annual Verde Valley Comic Expo on March 21st. I’ll have an artist that I work with in attendance. His name is Mario Diaz, and this will be his first show selling art, so be sure to show up and buy something from him. You can get one of my books too, I guess. My friends, L. Fergus and Meg Mac Donald gave me some of their books to sell, and of course, I’ll have Erika’s children’s books on hand to sell. You know, the ones illustrated by the amazingly talented Alex Rudolph. Oh, and Alyssa will be there a actually selling her art. It’ll be a busy table! 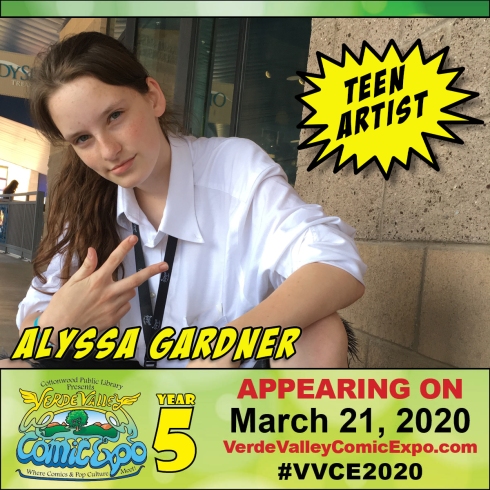 Check out Mario’s Instagram and Facebook. (He says he’s more active on Insta.) You might recognize the rain/city/woman with umbrella painting from the Spanish-language collection of my stories.

Score of Anyway, I’ve been super busy assisting Amber Cove Publishing with getting Score of Silence ready to launch on Tuesday the 27th. There’s an early launch party on Saturday the 24th at the Verde Valley Comic Expo. I’ll have collector’s editions of Score of Silence that are numbered and stuff. I even have a handful of unedited versions that I had printed when I was shopping the manuscript. (The same one that was on Kindle Scout.) The audiobook will soon follow, and I’ll likely do a Kickstarter to get the funds to do a hard cover edition. I’ve started negotiating the non-English translations, so keep an eye out for those.

Silence wasn’t the only reason I’ve been absent. I’ve had a pretty nasty bug. Erika had it too, and we’re just lucky the kids didn’t get it. Erika went to the nurse practitioner that our insurance covers, and he thinks that it’s viral gastroenteritis. In a word, yuck! I think Erika is almost back to baseline, and I’m not too far behind her. I expect that I’ll be close to 100% by Saturday for VVCE2018.

I’m not sure if I’ve mentioned it already, and quite frankly, I’m too lazy to scroll through my own blog to check, but here is my updated 2018 itinerary:

Prescott Comic Convention was a lot of fun last year, and I’ve been invited back for 2018. Details are forthcoming. PCF is a soft commitment. After being uninvited by the new talent coordinator for PCF, I was invited by Bard’s Tower to be in their booth, but that’s second quarter, and they’re still hopping with their first quarter events, so hopefully, the dialog will start once Q1 is over in a few weeks. I’ve got a request in for a press pass, but the procedure has changed, and I’m just not sure if/when I’ll know if it’s approved.

I really want to go to Tampa Bay Con August 3rd – 5th, but wrangling an invite is difficult. I’m hoping that Bard’s Tower will be so happy with my presence at their booth at PCF, that they’ll invite me to TBC. After all, Greg Dragon, L. Fergus, and Bree Salyer all live in the area, so it would be the bomb to meet up with them, plus a bunch of Florida authors I’ve met through various writing forums.

Anyway, I hope to return to my regular blogging schedule once VVCE2018 and my stomach flu are over.