The Last Remnant, by Pam Brondos

Following her forced departure from Fourline, Natalie Barns has been aching to rejoin the struggle to overthrow its evil dictator. With Soris and those she left behind constantly on her mind, Nat bides her time, determined to find a cure for the duozi—those infected by the terrifying Nala. An unexpected discovery propels her back to those she has sworn to protect, but her reappearance in Fourline is anything but straightforward, particularly when familiar faces appear when least expected. Despite the warnings of her friends and the looming threat of the vengeful Nala queen, Nat joins the fight in Fourline, both in her mind as well as on the field of battle. Her decisions may salvage Fourline’s future but at the risk of her own horrifying fate.

Finishing The Last Remnant made me sad. I looked forward to the continuing adventures of Nat in Fourline and back on Earth. Now, it has all ended. After reading the first Fourline book, each subsequent book went to the top of my TBR pile. I loved reading all the characters, and the rich history of Fourline and the people there.

I knew book three would be awesome because the first two were. I knew it was the last book of the trilogy, and I had certain expectations about the story. I’m happy to report than Pam Brondos delivered. I’ll miss looking forward to future books in the series, but I’m glad the series ended while it was on top instead of dragging on and on as so many other series tend to do.

If I see any other Pam Brondos books on NetGalley, I’ll request them because if her other writing is as good as the Fourline trilogy, I know it’ll be a solid read. Like books one and two, this one is a solid five stars. 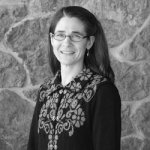 Pam Brondos grew up in Wyoming and watched her mom write novels on a manual typewriter. She graduated from St. Olaf College, worked in Shanghai, China and received her Juris Doctor from the University of Wyoming College of Law.

Mark Gardner lives in northern Arizona with his wife, three children and a pair of spoiled dogs. Mark holds a degrees in Computer Systems and Applications and Applied Human Behavior. END_OF_DOCUMENT_TOKEN_TO_BE_REPLACED
This entry was posted on Thursday, April 28th, 2016 at 07:20 and tagged with book reviews and posted in Reviews & Interviews. You can follow any responses to this entry through the RSS 2.0 feed.
« Days Until Home – Chapter 07
Moonrise CH01 – Stayin’ Alive »